We have been witnessing Canada’s biggest economic experiment in decades and, expectedly, it’s been under siege. The Ontario government launched the Climate Change Action Plan in January to reshape the province’s economy and make it a leader in clean innovation. With about 40% of Canada’s GDP at stake, the Ontario plan is essential to efforts by Canada to meet international climate commitments. With, so far, the most visible impact being a spike in gas prices — about 5%, on the backs of rising global crude prices. Similar hits will take effect on power and heating bills. Key Facts about Cap & Trade:

While, as a Chamber, we recognize the need to remain committed to environmental controls, environmental sustainability and the need to develop cleaner technologies and energy sources we are also cautious about further accelerating the increasing disadvantages faced by all business in Chatham- Kent. The government refused to make the system revenue-neutral - and projected to cost consumers and businesses alike approximately $2 billion a year - the system structure of carbon credits that can be traded, rather than a simpler carbon tax, threatens to strip Ontario of any innovation dividend in clean energy. Ontario businesses that pollute more than their allotted limit will be able to buy credits through a nascent continental market that, so far, has only a few members. Ontario’s Auditor General warned that the system could lead to a big “innovation transfer” — $466 million by 2020 — to hydro-rich Quebec and renewables-rich, California.

There are added challenges to Ontario business given the U.S. President Trump opposition to follow through with comparable emission controls agreed to during the most recent Paris Summit. This undeniably places Ontario and communities such as ours deeper within the grips of already stifling competitive disadvantages. U.S. border cities, such as in Michigan and Ohio, will continue to be considered favorably by business investors being viewed as less restrictive and more business friendly.

As a reprieve, the Government of Ontario, this week, responded to advocacy efforts of the Ontario Chamber of Commerce's and its member local Chambers, including our Chamber, to support the growth of the provincial economy through the reduction of electricity rates. The Fair Hydro Plan will seek to mitigate the rising cost of electricity. Expected to take effect in summer 2017, the Plan will provide an approximate savings of 17% (25% when including the previously announced 8% HST rebate) to consumer's hydro bills. Ontario's Fair Hydro Plan will also link future rate increases to the rate of inflation over the next four years and provide further rate relief to the province's most vulnerable citizens. Key details of the announcement are:

We have heard from the business community that energy rates are unsustainable and are ranking energy concerns among their top three policy priorities. Once implemented, Ontario's Fair Hydro Plan will bring immediate relief to the business community by “smoothing” the GA rate over a longer time period and tying rate increases to inflation over the next four years. While this will alleviate challenges associated with the cost of electricity in the near-term, the Ontario Chamber Network will continue to advocate for further amendments to the province's energy strategy in order to ensure the long-term sustainability of our energy system.

Later this year, the OCC will release a report that will provide recommendations to further enhance the long-term sustainability of the energy sector. As part of the Fair Hydro Plan, the OCC will partner with the Ministry of Energy to deliver a targeted outreach campaign to help business better understand and participate in provincial programs such as the ICI. In spring 2017, the government is expected to release its Long-term Energy Plan and the Chamber will continue to advocate for the reduction of input costs on businesses and looks forward to working with the government to deliver on its energy priorities. In addition, we encourage the government to continue to find ways to update provincial legislation in a way that supports Ontario's economic growth.

As your representative the CK Chamber wants to hear from you to learn more about how we can continue to support your success and growth opportunities. 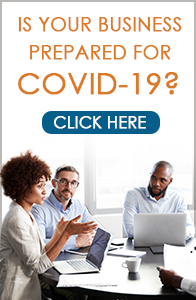